Lancaster Brewery is a multi-award-winning brewery established in 2005. It consists of 4 core beers: Lancaster Blonde, Amber, Red and Black. These are now available far and wide in both casks and bottles as far afield as Latvia and even China.

In the cask range they introduced monthly seasonal ales, known as ‘Tales from The Brewhouse’ these consist of 12 annual cask ales distributed to a number of pubs nationwide. 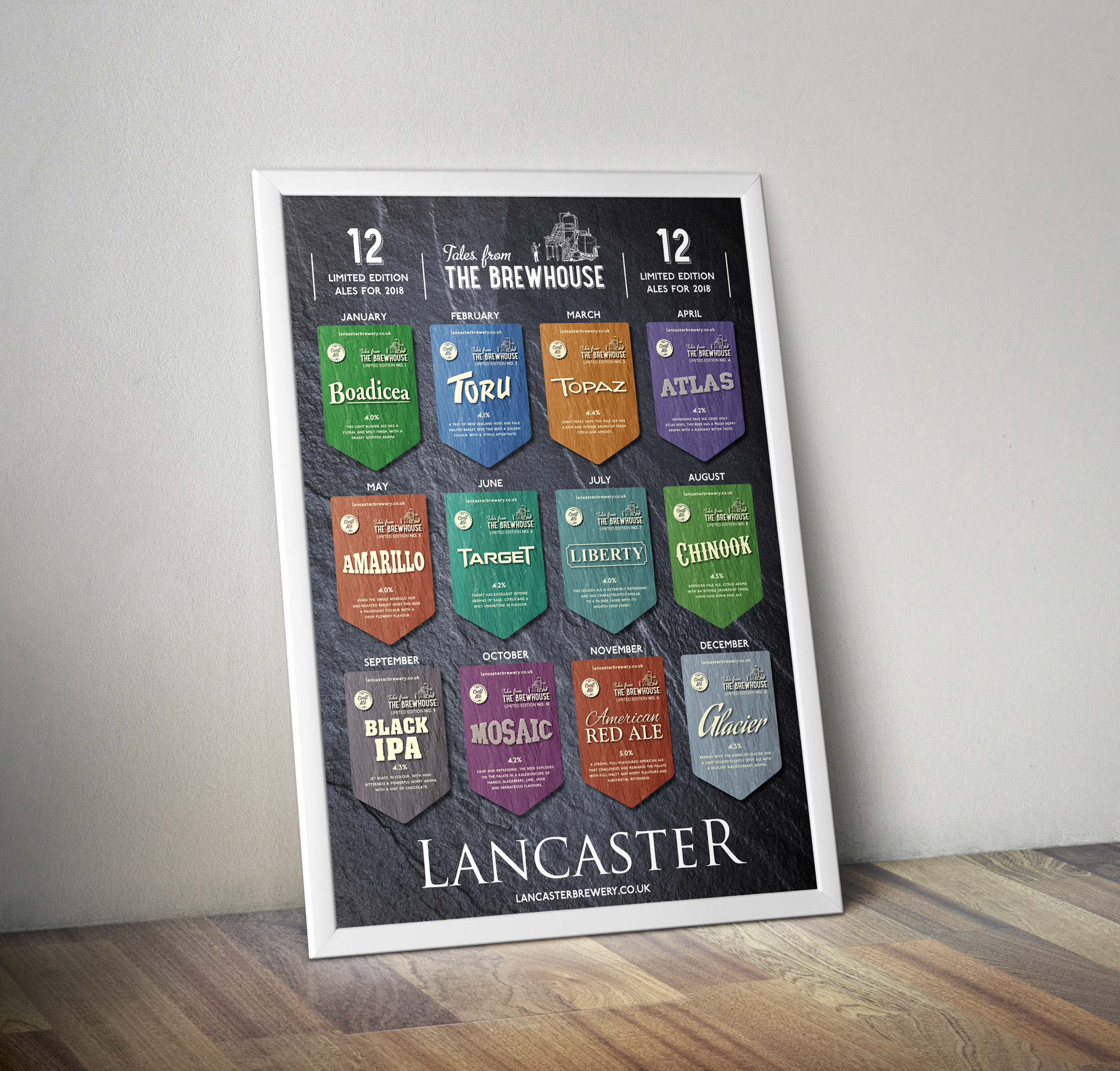 I would thoroughly recommend Printing.com. They are efficient and provide excellent customer service. They always meets deadlines, and standard of print and finish of all our documents is to a very high standard. 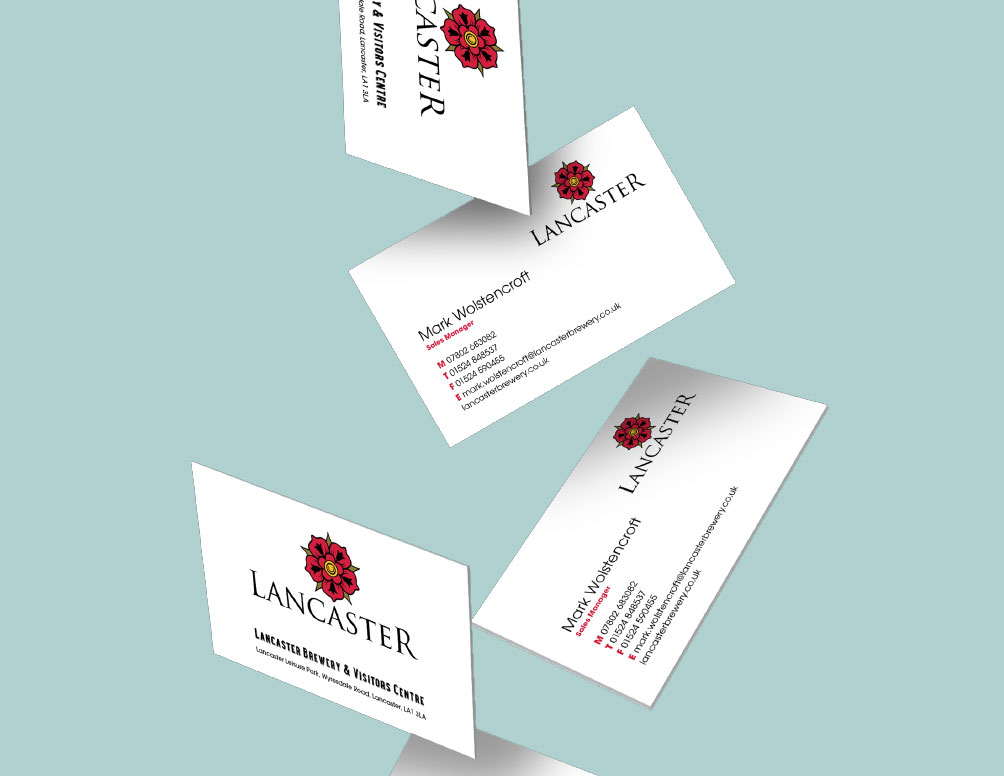 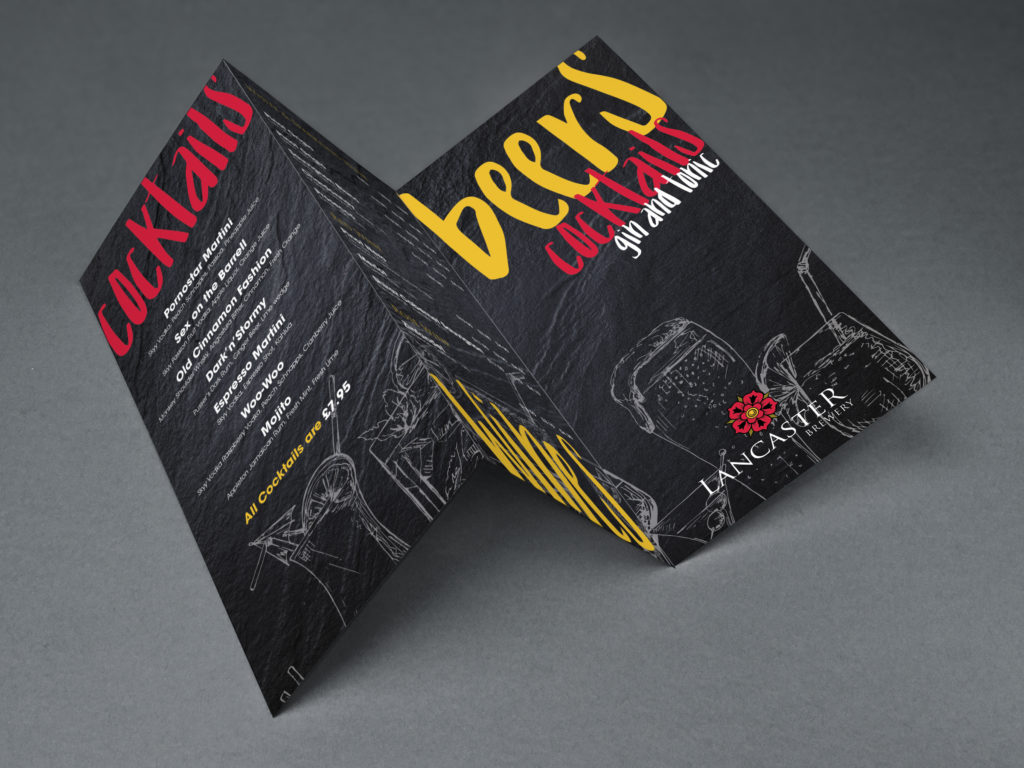 Lancaster Brewery approached us even before they first opened their doors back in 2004, shortly after they purchased The Sun Hotel. Our work has since been on a very regular basis, from stationery to menus, from pump clips to flyers for not only the Brewery, but their owned bars, The Sun Hotel, The Duke of Edinburgh, The Palatine and The Mill.

What Our Clients Say

I would thoroughly recommend printing.com, they are efficient and provide excellent customer service. They always meet deadlines. The standard of print and finish of all our documents are of a very high standard.
Mark - Lancaster Brewery
Adrian has played an integral part in the re brand of ICT Reverse.
Suzanne - ICT Reverse
Nothing is ever too much trouble, whilst making you feel like a valued client when dealing with him. He is prompt, efficient and extremely competitive from a price point
Melissa - St Mary's Hospice
Knowing I was short on time this was a brilliant service and thanks to them I have my leaflets in the post within 24 hrs of contacting them.
Gillian - Copa Fizz
Extremely professional, friendly and approachable about any ideas you have.
John - JDG Estate Agents
always provided me with a very high standard of work with quick turnaround and fantastic value for money.
Adam - Morecambe FC
Having worked with Adrian for many years I know he always comes up with great designs within my usually very tight deadlines!
Gemma - Sun Hotel
They are an indispensable asset to our exclusive wedding business. The have helped us with all our printed and graphic materials since we launch in 2017. We'd always recommend Adrian to anyone.
David - Holbrook Manor
Adrian and the team are always keen to offer solutions for our big ideas that allow us to present professional print that doesn't break the bank.
Liz - Castle Green Hotel
Everything you need from a printing company, they take the time to understand your business needs and the customer service and end result is always of the highest quality.
Louise - Mobility Connect
The printing quality and customer service he gives to his customers is second to none.
Delyth - Plenary
Adrian is so helpful and sorted out any problems we had quickly. Highly recomended!
Laura - Church by the Bay
Great service, quick response and happy to make small changes quickly. Very happy - highly recomend.
David - Condex